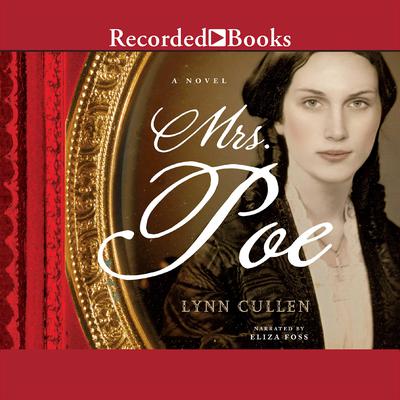 A vivid and compelling novel about a woman who becomes entangled in an affair with Edgar Allan Poe-- at the same time she becomes the unwilling confidante of his much-younger wife. It is 1845, and Frances Osgood is desperately trying to make a living as a writer in New York; not an easy task for a woman-- especially one with two children and a philandering portrait painter as her husband. As Frances tries to sell her work, she finds that editors are only interested in writing similar to that of the new renegade literary sensation Edgar Allan Poe, whose poem, " The Raven" has struck a public nerve. She meets the handsome and mysterious Poe at a literary party, and the two have an immediate connection. Poe wants Frances to meet with his wife since she claims to be an admirer of her poems, and Frances is curious to see the woman whom Edgar married. As Frances spends more and more time with the intriguing couple, her intense attraction for Edgar brings her into dangerous territory. And Mrs. Poe, who acts like an innocent child, is actually more manipulative and threatening than she appears. As Frances and Edgar' s passionate affair escalates, Frances must decide whether she can walk away before it' s too late... Set amidst the fascinating world of New York' s literati, this smart and sexy novel offers a unique view into the life of one of history' s most unforgettable literary figures.

Lynn Cullen is the author of Reign of Madness, which was a Best in the South selection by the Atlanta Journal-Constitution and nominated for the Townsend Prize for fiction. Her previous novel, The Creation of Eve, was named among the best fiction books of 2010 by the Atlanta Journal-Constitution and an April 2010 Indie Next Pick. She is also the author of numerous award-winning books for children, including the young adult novel I Am Rembrandt’s Daughter. An avid traveler and historian, Cullen lives in Atlanta.