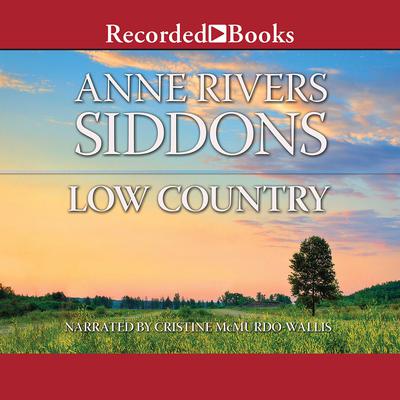 Best-selling novelist Anne Rivers Siddons transports you to the breath-taking South Carolina coastline where runaway development is colliding with traditional ways. Low Country is her tale of a beautiful middle-aged woman fighting to save her heritage, and ultimately, herself. Caroline Venable's life is nearly perfect-she enjoys prestige, wealth, and a handsome husband. But she has never accepted her daughter's death of nearly six years ago. Whenever grief overcomes her, she flees to the island her beloved granddaddy left her. There, with the wild ponies in the untamed marshlands, she finds comfort. But when her pristine hideaway is threatened, she faces one of the toughest challenges of her life. In her stirring books, Anne Rivers Siddons writes about ordinary women finding inner strength as they confront the storms of life. You'll feel you know Caroline and her family personally as you hear Cristine McMurdo-Wallis' superb narration.