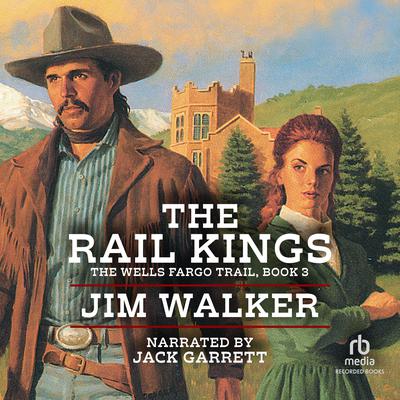 Zac Cobb isn't afraid of danger. Working for Wells Fargo, he doesn't back down from confrontations. When a rival railroad baron attempts to kidnap the eldest daughter of General Roberts, owner of the Denver and Rio Grande Railroad, Zac quickly steps in and rescues her. But as the gunsmoke clears, Zac and the woman must make a desperate run for safety. Foiling an army of gunmen hired to capture them, Zac relies on his wits and his weapons. But later, when General Roberts' younger daughter decides she wants Zac for herself, the gunfighter must examine his beliefs--and his heart. Jim Walker holds a Masters of Divinity from Talbot Theological Seminary. He has been a survival training instructor in the U.S. Air Force, and is a member of the Western Writers of America. His action-packed novels, including The Nightriders (K0063), have received wide praise from Christian fiction readers.