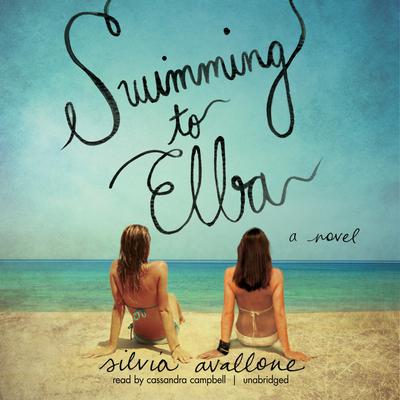 Anna and Francesca are on the brink of everything: high school, adulthood, and the edge of ambition in their provincial town. It’s summer in Piombino, Italy, and in their skimpy bathing suits, flaunting their newly acquired curves, the girls suddenly have everyone in their thrall. This power opens up their imagination to a destiny beyond Piombino; the resort town of Elba is just a ferry ride away, and yet they’ve never dared to go. Maybe the future is waiting for them there—or somewhere beyond.

When their friendship suffers a blow, the girls set off on their own, only to discover that their budding sexuality won’t get them any more than better tips at the bar or any farther than the bed of the foreman of the steel mill. As their choices take them to a painful crossroads, the girls must reconnect if they have any hope of escaping their dead-end town.

In this poetic, prizewinning debut, Silvia Avallone captures the lost innocence of a generation. Harrowing yet ultimately redemptive, Swimming to Elba is a timely story about the power of a friendship and the way that family and economic dynamics shape our world.

“A book that skims close to the realm of the epic in its description of the desperate and empty lust for life of a tribe of young people and the small and vast tragedies that emerge from their struggles.”  —Corriere delle Sera (Milan)
“Simmering sexuality runs through Italian author Avallone’s English-language debut…Readers will devour this richly detailed, sensual bildungsroman.”  —Booklist
“Powerful. As trenchant as it is true.”  —Le Parisien
“With Silvia Avallone, we are in the presence of a natural, original, and untutored talent, capable of capturing the contradictions of her own time in a rebellious, heartbreaking way. But the greatness of [Swimming to Elba], at once carnal and chaste…lies in the powerful way that it identifies beauty and friendship as the two decisive, all-encompassing emotions of adolescence. It is a book that demands love, in its truthfulness, in its refusal to turn away from the life-giving breath of poetry.” —Il Giornale (Milan)
“A galvanizing social novel, spacious and strenuous, like a film that would have been cosigned by Ken Loach and Gus Van Sant.”  —Libération (Paris)
“A masterpiece of fine writing, literature in its purest state, as if the words had flowed like molten steel out of the blast furnace, to recount perfect characters and a magnificent story.” —Il Riformista (Rome)
“Avallone’s debut novel tells an uneasy coming-of-age story…A beach read for strong-willed, independent souls.” —Kirkus Reviews

Silvia Avallone is an Italian poet and novelist. Her first novel, Swimming to Elba, published in Italy as Acciaio, won second place in the 2010 Premio Strega. She lives in Italy.