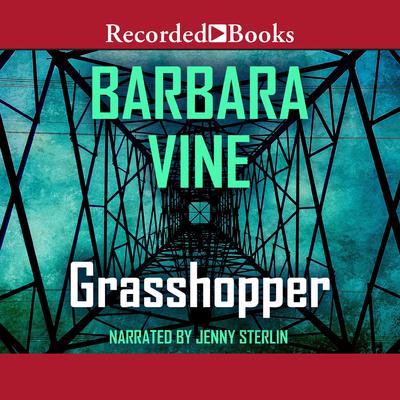 Ruth Rendell has held her place atop the world of mystery writers for decades, writing dozens of books that have won numerous awards, captivated countless fans, and collected widespread critical acclaim. Writing as Barbara Vine, she is the Edgar Award-winning author of such books as Chimney Sweeper's Boy and King Solomon's Carpet. Young Clodagh Brown loves to climb, especially the giant electrical pylons that form a neat row outside her parents' home. When this obsession breeds tragedy, her shamed family sends her to London for college. As a respite from insufferable classes, she begins climbing atop the local houses with her unique band of friends. But it is a practice that lands the group in a kidnapping scandal-and leads to a terrifying climax on the rooftops. Grasshopper is a meticulously crafted novel-a sharp and textured thriller infused with layers of psychological suspense. Narrator Jenny Sterlin steps into Clodagh's unique world and takes readers on a rousing adventure through the Victorian neighborhoods of London.

Barbara Vine is a pseudonym for Ruth Rendell, who has won numerous awards, including three Edgars, the highest accolade from Mystery Writers of America, as well as three Gold Daggers, a Silver Dagger, and a Diamond Dagger for outstanding contribution to the genre from England’s prestigious Crime Writer’s Association. A member of the House of Lords, she lives in London.