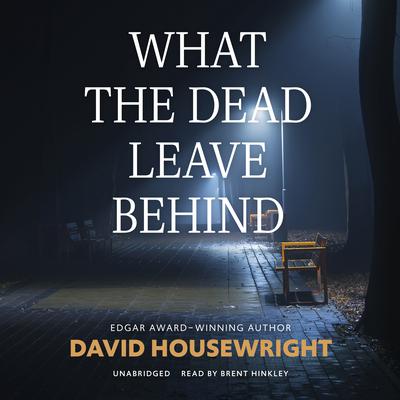 What the Dead Leave Behind

Once a police detective in St. Paul, Minnesota, Rushmore McKenzie has become not only an unlikely millionaire, but an occasional unlicensed private investigator, doing favors for friends and people in need. When his stepdaughter Erica asks him for just such a favor, McKenzie doesn’t have it in him to refuse. Even though it sounds like a very bad idea right from the start.

The father of Malcolm Harris, a college friend of Erica’s, was found murdered a year ago in a park in New Brighton, a town just outside the Twin Cities. With no real clues and all the obvious suspects with concrete alibis, the case has long since gone cold. As McKenzie begins poking around, he soon discovers another unsolved murder that’s tangentially related to this one. And all connections seem to lead back to a group of friends the victim was close with. But all McKenzie has is a series of odd, even suspicious, coincidences—until someone decides to make it all that more serious and personal.

“Housewright is such a pro at plot and character development that it’s nearly impossible to put this entry down.” —Publishers Weekly
“Housewright is one of those writers whose name on the cover guarantees readers a good time, and he definitely doesn’t disappoint this time.” —Booklist
“It’s a distinct pleasure to follow McKenzie as he uncovers layer upon layer of corporate corruption, from sexual harassment to industrial espionage, while every second woman in the cast comes on to him.” —Kirkus Reviews