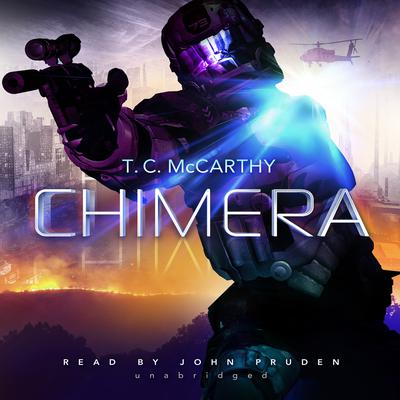 Escaped Germline soldiers need to be cleaned up, and Stan Resnick is the best man for the job—a job that takes him to every dark spot and every rat hole he can find.

Operatives from China and Unified Korea are gathering escaped or stolen Russian and American genetics, and there are reports of new biological nightmares: half-human things bred to live their entire lives encased in powered armor suits.

Stan fights to keep himself alive and out of prison while he attempts to capture a genetic—one who will be able to tell them everything they need to know about this new threat, the one called Project Sunshine.

Chimera is the third and final volume of the Subterrene War trilogy, which tells the story of a single war from the perspective of three different combatants.

“The highly detailed, brutal depiction of futuristic warfare brilliantly complements the intimate narrative, which examines the insanity of war and those personally affected by it. Breathtaking and heartrending, this is the future of military science fiction.”  —Publishers Weekly (starred review)
“Stan Resnick is a believable character, with many aspects of his journey paralleling current stories of troops returning from extended conflicts. McCarthy allows Stan to smoothly evolve, avoiding the risk of him becoming a caricature.” —RT Book Reviews