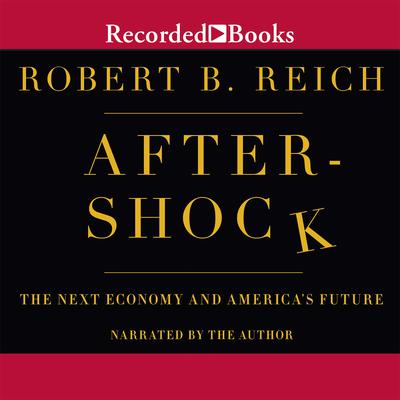 Aftershock: The Next Economy and America's Future

The author of 12 acclaimed books, Robert B. Reich is a Chancellor's Professor of Public Policy at the University of California, Berkeley, and has served in three national administrations. While many blamed Wall Street for the financial meltdown, Aftershock points a finger at a national economy in which wealth is increasingly concentrated at the top-and where a grasping middle class simply does not have the resources to remain viable.