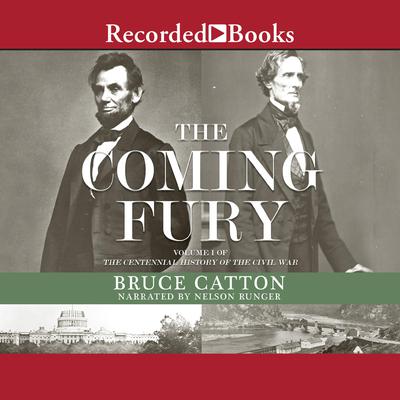 The Coming Fury: The Centennial History of the Civil War

The Centennial History of the Civil War Trilogy: Book 1

The New York Times hails this trilogy as "one of the greatest historical accomplishments of our time." With stunning detail and insights, America's foremost Civil War historian recreates the war from its opening months to its final, bloody end. Each volume delivers a complete listening experience. The Coming Fury (Vol. 1): From the split Democratic Convention in the spring of 1860 to the first battle of Bull Run.

“A major work by a major writer, a superb re-creation of the twelve crucial months that opened the Civil War.”  —New York Times Book Review

Bruce Catton (1899–1978), author and editor, is best known as a Civil War historian. Born in Michigan, he served in the navy and worked for newspapers and the federal government before publishing his first Civil War book, Mr. Lincoln’s Army, at age fifty-one. In 1954, the year he became the editor of American Heritage magazine, he was awarded the Pulitzer Prize for his book A Stillness at Appomattox.