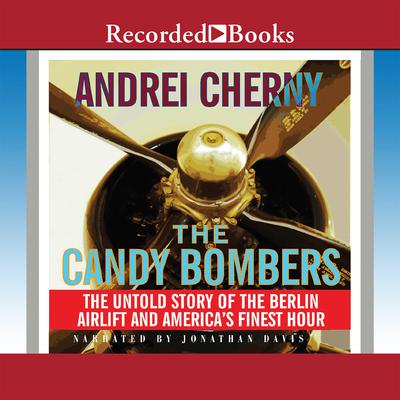 The Candy Bombers: The Untold Story of the Berlin Airlift and America's Finest Hour

Acclaimed author Andrei Cherny tells the gripping saga of a rag-tag band of Americans-with limited resources and little hope for success-keeping West Berliners alive in the face of Soviet tyranny, winning the hearts and minds of former enemies, and giving the world a shining example of fundamental goodness. "[Written] with the flair of a novelist ."-Kirkus Reviews

Andrei Cherny is coeditor of the idea journal, Democracy. A former White House speechwriter and senior fellow at Harvard’s Kennedy School Belfer Center for Science and International Affairs, he is the author of The Next Deal and has written on history, politics, and culture for the New York Times, the Washington Post, and the Los Angeles Times. He is an officer in the Navy Reserve. He, his wife, and son live in Phoenix.