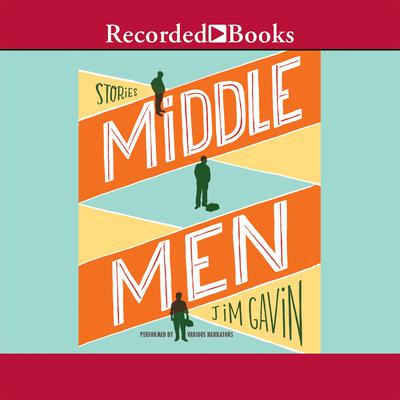 An Amazon Best Book of the Month, February 2013

In Middle Men, Stegner Fellow and New Yorker contributor Jim Gavin delivers a hilarious and panoramic vision of California, portraying a group of men, from young dreamers to old vets, as they make valiant forays into middle-class respectability. In " Play the Man" a high-school basketball player aspires to a college scholarship, in " Elephant Doors" , a production assistant on a game show moonlights as a stand-up comedian, and in the collection' s last story, the immensely moving " Costello" , a middle-aged plumbing supplies salesman comes to terms with the death of his wife. The men in Gavin' s stories all find themselves stuck somewhere in the middle, caught half way between their dreams and the often crushing reality of their lives. A work of profound humanity that pairs moments of high comedy with searing truths about life' s missed opportunities, Middle Men brings to life a series of unforgettable characters learning what it means to love and work and be in the world as a man, and it offers our first look at a gifted writer who has just begun teaching us the tools of his trade.

“The stories in Mr. Gavin’s first collection are carved from the follies and frustrated longings of modern manhood…He strikes a fine balance in each tale, wielding a sharp sense of humor but never losing sight of people’s dignity.” —New York Times
“Excellent…Extremely entertaining…Gavin’s writing delivers jab after jab, the hilarious and the poignant mingling in compelling ways.” —Boston Globe
“These short stories will transport you, will educate you, will entertain you, will fill you with fear and laughter and sadness.” —Esquire
“Sad and overtly hysterical, the stories dodge self-pity and indie quirk for pensive American tales of turn-of-the-20th century manchildren gesturing vaguely toward a future of eroded opportunity.” —Publishers Weekly (starred review)

Jim Gavin’s fiction has appeared in the New Yorker, the Paris Review, Zoetrope, ZYZZYVA, and Slice magazine. He lives in Los Angeles.