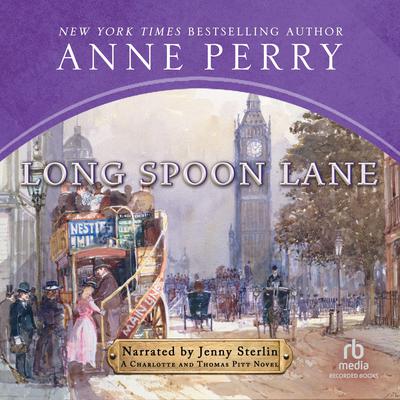 After bombs explode during an anarchist attack in Long Spoon Lane, two of the culprits are captured and the leader is shot . . . but by whom? As Thomas Pitt of the Special Branch delves into the case, he finds that there's more to the terrorism than the brutality of misguided idealists. Clues suggest that Inspector Wetron is the mastermind. As the shadowy leader of the Inner Circle, Wetron is using his influence with the press to stir up fears of more attacks and to rush a bill through Parliament that would severely curtail civil liberties. To defeat Wetron, Pitt must run in harness with his old enemy, Sir Charles Voisey. The unlikely allies are joined by Pitt's clever wife, Charlotte, and her great aunt, Lady Vespasia Cumming-Gould. As they strive to prevent future destruction, nothing less than the fate of the British Empire hangs in precarious balance.

“Perry manages to paint a convincing historical backdrop with echoes of modern-day fears of urban terrorism.” —Publishers Weekly
“Arguments about broadening police powers as a reaction to terrorist activity can’t help but strike a chord with American readers, who will appreciate the cleverly orchestrated political machinations as much as the personal agendas—both of which come fully into play when it comes to solving the mystery.” —Booklist