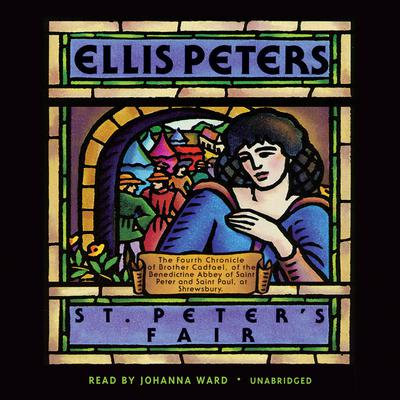 The Chronicles of Brother Cadfael: Book 4

St. Peter’s Fair was a grand event, attracting merchants from across England and beyond. With the pause in the Civil War during the summer of 1139, the fair would bring some much-needed gaiety to Shrewsbury.

But a wealthy merchant is found murdered in the river Severn. Brother Cadfael offers to help the merchant’s niece, Emma; but while he searches for the killer, two more men are murdered—like her uncle, apparently for the valuables they possessed at their death. Cadfael races to save the young woman, knowing that during Civil War, betrayal can come from any direction, and even good intentions can kill.

“Each addition to the series is a joy. Long may the Chronicles continue.” —USA Today
“Wonderful history lessons wrapped up in a mystery and served with style and grace.” —Cincinnati Post
“Stylishly authentic…a graceful and informative…case for Peters’ engaging, herb-gardening monk.” —Kirkus Reviews