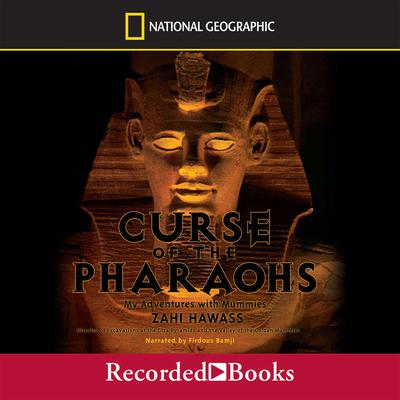 Curse of the Pharaohs: My Adventures with Mummies

Under Egypt's wind-swept sands, mummies and breathtaking treasure await those savvy and daring enough to seek them out. Intrepid archaeologist Zahi Hawass is one such adventurer, having made major discoveries in the pyramids at Giza and the Valley of the Golden Mummies. In Curse of the Pharaohs, Hawass details the secrets of ancient Egypt-and shows what it is like to be an archaeologist. From ancient germs and vipers to age-old curses and crumbling tombs, the dangers of his profession are real. But so too are the rewards. Uncovering artifacts that have gone thousands of years without seeing the light of day is the ultimate thrill-and something that Hawass not only lives for, but lives to share with a worldwide audience. Zahi Hawass has gained international fame for his many books and television appearances, and Curse of the Pharaohs continues his lifelong pursuit of revealing the mystery and intrigue of ancient Egypt.

Zahi Hawass is the secretary general of Egypt’s Supreme Council of Antiquities and director of the Giza Plateau. He studied archaeology in Egypt and in the United States, earning a PhD from the University of Pennsylvania. He has taught at the American University in Cairo, at UCLA, and at other universities throughout the world. He is the author of many books on ancient Egypt, including the bestselling Valley of the Golden Mummies. He was the host of such National Geographic television specials as Open the Lost Tombs and Pyramids Live.