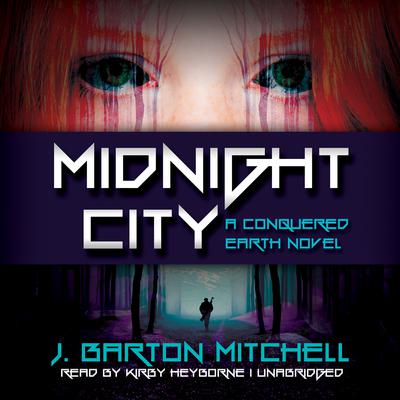 Lord of the FliesmeetsWar of the Worldsin this postapocalyptic tale of two teens and a young girl with amazing powers who must stop the aliens' mysterious plan.

Earth has been conquered by an alien race known as the Assembly. The adult human population is gone, having succumbed to the Tone—a powerful, telekinetic supersignal that has reduced them to a state of complete subservience. But the Tone has one critical flaw: it only affects those over the age of twenty, which means that there is one group left to fight—teens.

Holt Hawkins is a bounty hunter, and his current target is Mira Toombs, a treasure seeker who has escaped from Midnight City after being sentenced to death. It's not long before Holt bags his prey, but their instant connection isn't something Holt bargained for—and neither is the Assembly ship that crash-lands near them shortly after he captures Mira. Venturing aboard despite Mira's objections, Holt finds a young girl who can't remember anything except her name: Zoey.

The three soon begin an adventure through alien-conquered North America, encountering young freedom fighters, powerful artifacts that seem magical, pirates and brigands, and frightening mutated creatures of the night, all while trying to stay one step ahead of the Assembly. As Zoey starts to exhibit amazing powers, Holt and Mira realize that this young girl just may be the key to stopping the alien invaders.

Midnight City is the breathtaking first book in the Conquered Earth series, which chronicles three young people and their journey through a dangerous world they are trying to save.

“I have succumbed to Midnight City! Just like Holt, who fights to liberate a conquered Earth, I now see that great things can happen. After all, J. Barton Mitchell wrote this novel. I have hope of another. As soon as possible.”  —Nancy Holder, New York Times bestselling author
“[Mitchell’s] first in a dystopian sci-fantasy series is an imaginative mix of danger and humor…The action will keep readers turning the pages.” —Kirkus Reviews
“Midnight City hooked me right from the moment Holt first tries to capture Mira and takes her prisoner only to realize he’s dealing with a girl who’s got some serious survival skills. The two characters are complete equals, more than any other fictional costar team I’ve read and yet they’re enemies. I knew exactly what would happen with Mira and Holt’s instant chemistry and yet, I had to read on just to watch this amazing, action-packed journey, both emotional and physical, unfold.” —Julie Cross, international bestselling author of Tempest
“When the adults mysteriously disappear, who will save the day after earth is conquered by aliens? In J. Barton Mitchell’s riveting postapocalyptic tale, the kids are the last line of defense. Centered around engaging (and conflicted) characters, Midnight City hurtles you into a story teeming with frightening monsters, bizarre techno-magic, and edge-of-your-seat action.” —Jana Oliver, award-winning author of The Demon Trapper’s Daughter

J. Barton Mitchell is a screenwriter, comic-book writer, and author. He studied creative writing at the University of Houston before going on to receive a BS in film studies from the University of Texas. After selling screenplays to Warner Bros. and 20th Century Fox, he created and wrote the comic-book series Poe. He lives and writes in the Los Feliz area of Los Angeles.