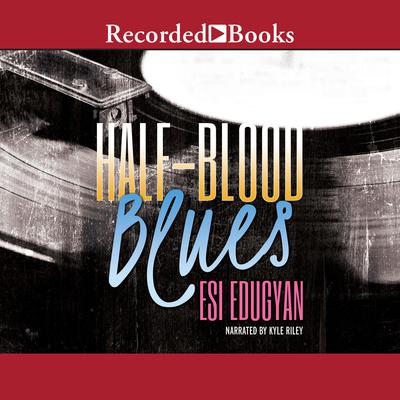 Only Available for Sale in Canada Esi Edugyan won wide acclaim for her stunning novel Half-Blood Blues-a Man Booker Prize finalist and winner of the Scotiabank Giller Prize. In it, 83-year-old Sid Griffiths remembers his time during WWII playing in a Berlin jazz band called the Hot Time Swingers. When jazz music was denounced by the Nazis, Sid and his bandmates fled to Paris-a move that put Hieronymous, the band's brilliantly talented trumpeter, in constant danger due to his Afro-German heritage. "[A] brilliantly conceived, gorgeously executed novel."-Globe and Mail

Esi Edugyan is the author of several books, including Washington Black, longlisted for the ScotiaBank Giller Prize and the Man Booker Prize. Half Blood Blues won the Scotiabank Giller Prize and was a finalist for the Man Booker Prize, the Governor General’s Literary Award, the Rogers Writers’ Trust Prize and the Orange Prize. Her debut novel, The Second Life of Samuel Tyne, was nominated for the Hurston/Wright Legacy Award and was chosen by the New York Public Library as one of 2004’s Books to Remember. She has a masters degree in writing from Johns Hopkins Writing Seminars and has held fellowships in the United States, Scotland, Iceland, Germany, Hungary, Finland, Spain, and Belgium. She has taught creative writing at both Johns Hopkins University and the University of Victoria and has sat on many international panels.