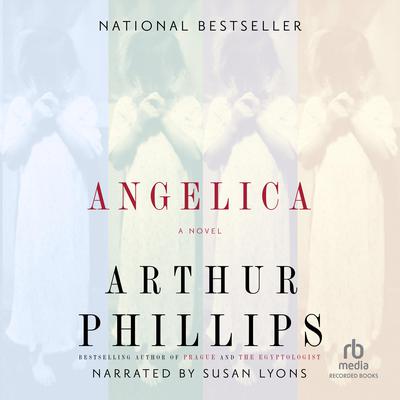 From the bestselling author of The Egyptologist and Prague comes an even more accomplished and entirely surprising new novel. Angelica is a spellbinding Victorian ghost story, an intriguing literary and psychological puzzle, and a meditation on marriage, childhood, memory, and fear. The novel opens in London, in the 1880s, with the Barton household on the brink of collapse. Mother, father, and daughter provoke one another, consciously and unconsciously, and a horrifying crisis is triggered. As the family's tragedy is told several times from different perspectives, events are recast and sympathies shift. In the dark of night, a chilling sexual spectre is making its way through the house, hovering over the sleeping girl and terrorizing her fragile mother. Are these visions real, or is there something more sinister, and more human, to fear? A spiritualist is summoned to cleanse the place of its terrors, but with her arrival the complexities of motive and desire only multiply. The mother's failing health and the father's many secrets fuel the growing conflicts, while the daughter flirts dangerously with truth and fantasy. While Angelica is reminiscent of such classic horror tales as The Turn of the Screw and The Haunting of Hill House, it is also a thoroughly modern exploration of identity, reality, and love. Set at the dawn of psychoanalysis and the peak of spiritualism's acceptance, Angelica is also an evocative historical novel that explores the timeless human hunger for certainty.

“Spellbinding…Cements this young novelist’s reputation as one of the best writers in America, a storyteller who combines Nabokovian wit and subtlety with a narrative urgency that rivals Stephen King’s.” —Washington Post
“A spectacular, ever-proliferating tale of mingled motives, psychological menace, and delicately told crises of appetites and loneliness. Phillips sustains a pastiche of Victorian writing and ideas with enticing playfulness.” —New Yorker
“A masterpiece…seamlessly mixes psychological disintegration, the dissolution of a marriage, and…a classic ghost story.” —USA Today
“Impressive…Explore[s] class, gender, family dynamics, sexuality, and sciences both real and fraudulent, ancient and newly minted…The multiple-viewpoint narration yields psychological depth and a number of clever surprises.” —Publishers Weekly
“Phillips expertly depicts the repressiveness of the Victorian era, well attuned as he is to the subtle and dramatic transformation of familial roles that occur when a child is introduced into the family dynamic. Phillips retells the same vents from four perspectives (à la Rashomon), revealing just enough information each time to change the reader’s allegiances.” —Booklist
“Phillips is a writer of uncommon versatility…Gives Henry James a run for the money. Phillips’ control of language and exquisite writing…[are] worth the price of admission.” —Library Journal
“A symphony of psychological complexity and misdirection in four increasingly tricky movements…Elegant writing abounds, as do probing characterizations and flashes of wit…An impressive step forward for the versatile Phillips, who continues to engage, surprise, and entertain.” —Kirkus Reviews (starred review)