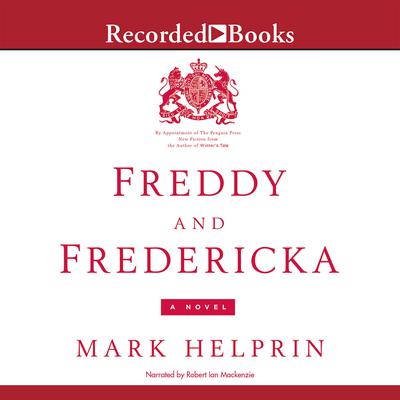 Mark Helprin's legions of devoted readers cherish his timeless novels and short stories, which are uplifting in their conviction of the goodness and resilience of the human spirit. Freddy and Fredericka-a brilliantly refashioned fairy tale and a magnificently funny farce - only seems like a radical departure of form, for behind the laughter, Helprin speaks of leaps of faith and second chances, courage and the primacy of love. Helprin's latest work, an extraordinarily funny allegory about a most peculiar British royal family, is immensely mocking of contemporary monarchy and yet deeply sympathetic to the individuals caught in its lonely absurdities.

[Mark Helprin] frequently astounds with the freshness of voice and the oddly soaring majesty of this … comic call for greatness in a mediocre era. —Kirkus Reviews, starred review

Mark Helprin is the acclaimed author of Winter’s Tale, A Soldier of the Great War, Freddy and Fredericka, In Sunlight and in Shadow, Memoir from Antproof Case, and numerous other works, including four that made the New York Times bestsellers list. His novels are translated into over twenty languages and read around the world. He was educated at Harvard, Princeton, and Oxford and served in the Israeli Army, Israeli Air Force, and British Merchant Navy.