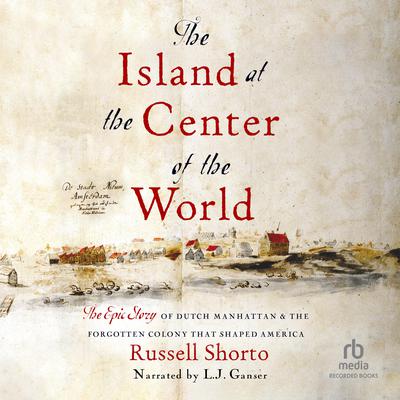 The Island at the Center of the World: The Epic Story of Dutch Manhattan, the Forgotten Colony that Shaped America

Winner of the 2005 Audie Award

Nearly 40 years ago, a New York State Library archivist discovered 12,000 pages of extraordinary records from the original Dutch colony on Manhattan. After decades of painstaking translation, the documents became the primary source for this breathtaking history of early New York. With an extraordinary cast of real-life characters, The Island at the Center of the World is a riveting narrative and a landmark in the chronicles of American history.

“Shorto’s prose is deliciously rich and witty, and the story he tells—drawing heavily on sources that have only recently come to light—brings one surprise after another. His rediscovery of Adraien van der Donck, Peter Stuyvesant’s nemesis, is fascinating.” —Edwin G. Burrows, Pulitzer Prize–winning coauthor of Gotham: A History of New York City to 1898
“Astonishing…A book that will permanently alter the way we regard our collective past.” —New York Times
“[An] absorbing, sensual, sometimes bawdy narrative featuring whores, pirates, explorers, and scholars. With clarity and panache, Shorto briskly conveys the complex history of the age of exploration.” —Times Literary Supplement (London)
“A landmark work…Shorto paints the emotions and attitudes of his characters with a sure hand, and bestows on each a believable, living presence.” —Times (London)
“A spry, informative history…Shorto supplies lucid, comprehensive contexts in which to see the colony’s promise and turmoil…Delivers the goods with clarity, color, and zest.” —Seattle Times
“Remarkable…Compulsively interesting…Shorto argues that during the brief decades of its Dutch colonial existence Manhattan had already found, once and for all, its tumultuously eclectic soul.” —New Statesman (London)