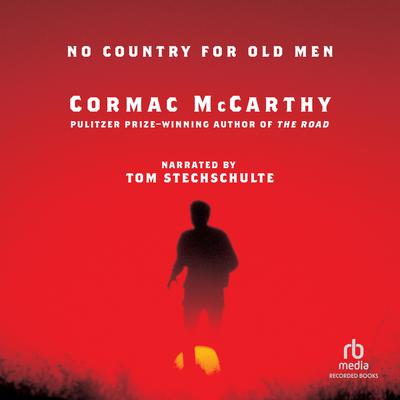 No Country for Old Men

A 2005 ALA Notable Book Finalist for Fiction

Llewelyn Moss, hunting antelope near the Rio Grande, instead finds men shot dead, a load of heroin, and more than $2 million in cash. Packing the money out, he knows, will change everything. But only after two more men are murdered does a victim's burning car lead Sheriff Bell to the carnage out in the desert, and he soon realizes how desperately Moss and his young wife need protection. One party in the failed transaction hires an ex-Special Forces officer to defend his interests against a mesmerizing freelancer, while on either side are men accustomed to spectacular violence and mayhem. The pursuit stretches up and down and across the border, each participant seemingly determined to answer what one asks another: how does a man decide in what order to abandon his life? A harrowing story of a war that society is waging on itself, and an enduring meditation on the ties of love and blood and duty that inform lives and shape destinies, No Country for Old Men is a novel of extraordinary resonance and power.

“Riveting…A harrowing, propulsive drama.” —New York Times
“A profound meditation on the battle between good and evil and the roles choice and chance play in the shaping of a life.”  —Publishers Weekly (starred review)
“Profoundly disturbing and gorgeously rendered.” —Washington Post
“Feels like a genuine diagnosis of the postmillennial malady, a scary illumination of the oncoming darkness.” —Time
“He is nothing less than our greatest living writer, and this is a novel that must be read and remembered.” —Houston Chronicle