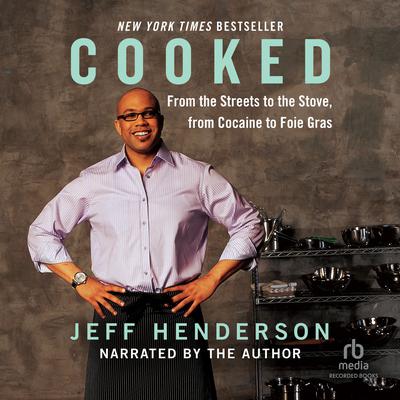 Cooked: From the Streets to the Stove, from Cocaine to Foie Gras

This riveting memoir is the incredible story of Jeff Henderson's rollercoaster ride from high-stakes cocaine dealer to prison inmate to world-class chef. Barely old enough to drink legally, Henderson was clearing $35,000 per week as one of the most successful cocaine dealers in San Diego. But when he was 23, he was indicted on federal drug trafficking charges and sentenced to almost 20 years. Hardheaded, Henderson held firmly to his gritty street morals-until the day he was assigned to wash dishes in the prison kitchen. He immediately took an interest in food preparation and eventually determined that when he was released, he would become a chef, no matter what. An extraordinary tale of crime, punishment, and redemption, Cooked is a glorious testament to the power of the human spirit when faced with seemingly impossible odds.