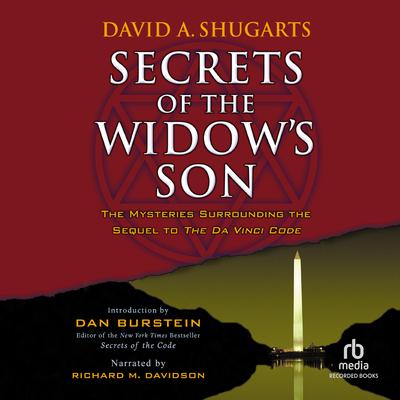 Secrets of the Widow's Son: The Mysteries Surrounding the Sequel to the The Da Vinci Code

Secrets of the Widow's Son is a revealing look at the themes that will be explored in The Solomon Key, Dan Brown's upcoming sequel to the cultural phenomenon known as The Da Vinci Code. David A. Shugarts provides what Brown's widespread admirers crave most-an enlightening glimpse into the secrets behind Brown's eagerly anticipated new book. Secrets of the Widow's Son is not a plot spoiler- rather, it is an engaging piece of work that will pique readers' interest in The Solomon Key while laying the groundwork for the theories to be explored in Brown's can't-miss sequel. This is essential reading for fans of The Da Vinci Code and a book sure to enrich readers' enjoyment of The Solomon Key.