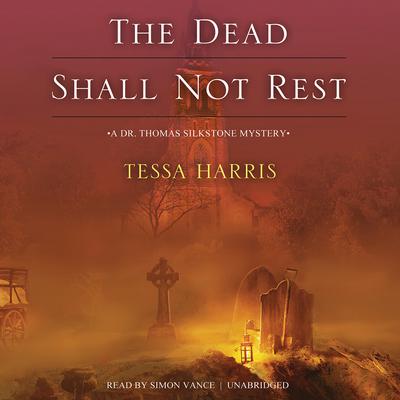 The Dead Shall Not Rest: A Dr. Thomas Silkstone Mystery

It is not just the living who are prey to London's criminals and cutpurses. Corpses, too, are fair game—dug up from fresh graves and sold to unscrupulous men of science. Dr. Thomas Silkstone abhors such methods, but his leading rival, Dr. John Hunter, has learned of the imminent death of eight-foot-tall Charles Byrne—known as the "Irish Giant"—and will go to any lengths to obtain the body for his research.

Thomas intends to see that Byrne is allowed to rest in peace, but his efforts are complicated when his betrothed, Lady Lydia Farrell, breaks off their engagement without explanation. When Dr. Hunter is implicated in the horrific murder of a young castrato, Thomas must determine how far the increasingly erratic surgeon will go in the name of knowledge. For as Thomas knows too well, the blackest hearts sometimes go undetected—and even an unblemished fa├ºade can hide terrifying secrets.

“Outstanding…Well-rounded characters, cleverly concealed evidence, and an assured prose style point to a long run for this historical series.” —Publishers Weekly (starred review)
“Populated with real historical characters and admirably researched, Harris’ novel features a complex and engrossing plot…A touch of romance makes this sophomore outing (after The Anatomist’s Apprentice) even more enticing.” —Library Journal
“This second in the Dr. Thomas Silkstone series shows the same excellent historical setting, well-developed characters, careful plotting, and suspenseful tension as the first…The history is exact and fascinating from this period. Both Hunter and Byrne were historical personages of this time, which adds even more interest to the story. Additionally, excellent research and writing make this series a continuing fascination for historical mystery lovers.” —RT Book Reviews (4½ stars, Top Pick!)

Tessa Harris, an English author born in Lincolnshire, holds a history degree from Oxford University. After four years of working with local newspapers, she set her sights on women’s magazines. She is regularly heard on local BBC radio and over the years has interviewed such people as Margaret Thatcher, Jeffrey Archer, Anthony Hopkins, Susan Hampshire, Alan Titchmarsh, Jackie Stewart, Boris Johnson, and Uri Geller.