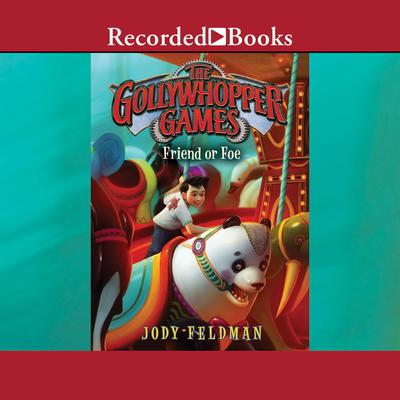 The Gollywhopper Games: Friend or Foe

Everyone loves the Gollywhopper Games! Everyone except Zane. What Zane cares about is football. He dreams of heading straight for the NFL until he gets his second concussion. Now his parents say no football for a year. Then along come the Gamesa chance to solve puzzles and riddles, win a million dollars, and show up on TV. Zane will need speed, smarts, and strategy. Hell face tougher rivals than he ever did on a football field. Does he still have what it takes to win when hes playing a whole new game? Are you ready for action that never quits and surprises and brainteasers at every turn? Then let the Games begin

Jody Feldman has always loved riddles and brainteasers and word games, and she lives in a city on a river whose name contains four s’s, two p’s, and four i’s. Jody has written as many books for young readers as there are players in a doubles tennis match. To find out how many brothers she has, take the number of bases on a baseball diamond and divide it by the number of times Grover Cleveland was president of the United States.