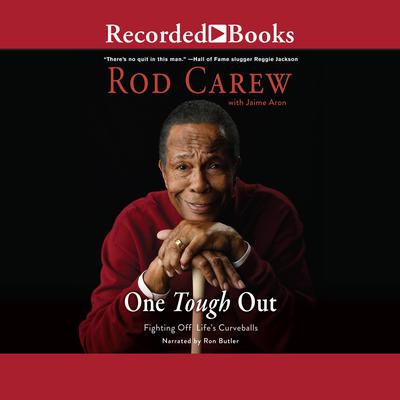 One Tough Out: Fighting Off Life’s Curveball

By Rod Carew , with Jaime Aron
Read by Ron Butler

For 19 seasons, Rod Carew was a maestro in the batter's box. Uncoiling from his crouched stance, he seemed to guide the ball wherever he wanted on the way to a whopping seven batting titles and a spot in the Baseball Hall of Fame. If only everything in life had been as easy as he made hitting look. In One Tough Out: Fighting Off Lifes Curveballs, Carew reflects on the highlights, anecdotes, and friendships from his outstanding career, describing the abuse, poverty, and racism he overcame to even reach the majors. In conversational, confessional prose, he takes readers through the challenges hes conquered in the second half of his life, from burying his youngest daughter to surviving several near-fatal bouts with heart disease. He also details the remarkable reason hes alive today: the heart transplant he received from Konrad Reuland, a 29-year-old NFL player hed met years before. Carew explains how that astonishing connection was revealed and the unique bond he and his wife, Rhonda, have since forged with his donors family. An important thread running through this mosaic of Carews life is his faith. He illustrates how his mother instilled those beliefs during their darkest days and how conversations with God helped him fight off every curveball life has thrown his way.