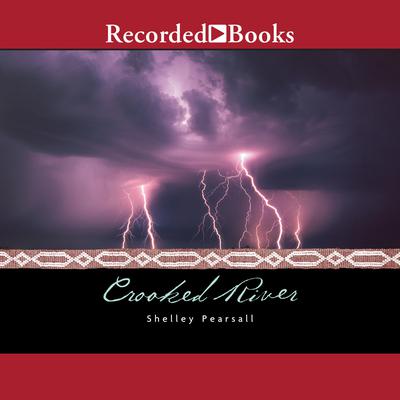 By Shelley Pearsall
Read by Sandy Rustin  and Shaun Taylor-Corbett

The year is 1812. A white trapper is murdered. And a young Chippewa Indian stands accused.

Captured and shackled in leg irons and chains, Indian John awaits his trial in a settler’s loft. In a world of crude frontier justice where evidence is often overlooked in favor of vengeance, he struggles to make sense of the white man’s court.

His young lawyer faces the wrath of a settlement hungry to see the Indian hang. And thirteen-year-old Rebecca Carver, terrified by the captive Indian right in her home, must decide for herself what—and who—is right. At stake is a life.

“This vivid look into the reality of crude frontier life and justice is outstanding historical fiction.” —Kirkus Reviews (starred review)
“Packed with believable characters wrapped in a thoroughly researched plot, Crooked River is a must-read for fans of historical fiction and would aptly serve as a discussion-rich tool for American studies.” —School Library Journal (starred review)
“Pearsall wonderfully captures the language of the time as well as Rebecca’s growing awareness for what passes for truth and justice in her community.” —Booklist