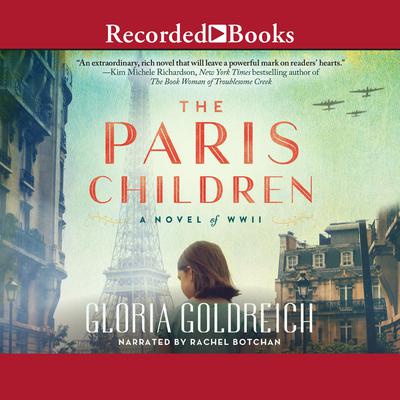 The Paris Children: A Novel of World War 2

Paris, 1935. A dark shadow falls over Europe as Adolf Hitler's regime gains momentum, leaving the city of Paris on the brink of occupation. Young Madeleine Levygranddaughter of Alfred Dreyfus, a Jewish World War I herosteps bravely into a new wave of resistance and becomes the guardian of lost children. When Madeleine meets a small girl in a tattered coat with the hollow look of one forced to live a nightmarea young Jewish refugee from Germany named Annashe knows that she cannot stand idly by. Paris is full of children like Annafrightened and starving, innocent casualties of a war barely begun. Madeleine offers them comfort and strength while working with other members of the resistance to smuggle them into safer territories. But as the Paris she loves is transformed into a theater of tension and hatred, many people are tempted to abandon the causeand the country. And amidst the impending horror and doubt, Madeleine's relationship with Claude, a young Jewish Resistance fighter, as passionate about saving vulnerable children as she is, deepens. With a questionable future ahead of them, all Madeleine can do is continue fighting and hope that her spiritand the nation'swon't be broken. A remarkable, paranoramic novel, The Paris Children is a story of love and tragedy that illuminates the power of hope and courage in the face of adversity.

Gloria Goldreich is a published author and an editor of children’s books and young adult books. She graduated from Brandeis University and worked as a coordinator in the Department of Jewish Education at the National Hadassah as well as serving as the public relations director of the Baruch College of the City University of New York. Her novel, Leah’s Journey won the National Jewish Book Award for fiction in 1979, and her second novel Four Days won the Federation Arts and Letters Award. Her other novels include Promised Land, This Burning Harvest, Leah’s Children, West to Eden, Mothers, Years of Dreams, and That Year of Our War. Her books have been selections of the Book of the Month Club, the Literary Guild, and the Troll Book Club.