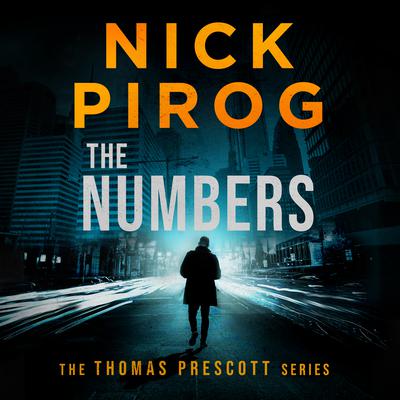 The electrifying prequel and perfect introduction to the bestselling and fan-favorite Thomas Prescott series, with over 1.3 million downloads and 10,000+ five-star ratings on Amazon and Goodreads!

After getting canned from the Seattle PD, brilliant, wisecracking Thomas Prescott follows his sister Lacy to Philadelphia, where she swims on the Drexel University team. While Thomas’s slapstick antics mask a keen analytic mind, it’s his nose for trouble that leads him again and again into dicey situations. The ex–homicide detective is not long in Philly before getting caught up in two high-powered criminal cases.

Thomas stumbles into a crime scene amid the Occupy Philadelphia protests. Activist Brooke Wexley has been strangled within sight of city hall. While demonstrating against economic inequality, the college student hid her own family’s wealthy background. The über-rich Wexleys have many dark secrets—one of which may have led to Brooke’s violent death.

Thomas is also called to join an emergency multiagency task force on the trail of a prolific serial killer who leaves gruesome calling cards: a three-digit number carved on each of his many victims. It’s when Thomas realizes the murders are linked to the Numbers—the old illegal street lottery—that his investigation shifts into high gear. The trail jumps back to the past before rushing back to the present like a tsunami of fire, bent on revenge.

Amid all this, Lacy has a health scare, and Thomas’s priorities shift. Encountering gambling church ladies, felonious businessmen, and murderous mobsters—with an investigation hampered by a competitive colleague and Lacy’s narcoleptic pug—Thomas must summon all his considerable powers to root out the guilty and dangerous while caring for his adored sister.

Reader’s Note: This book takes place when Thomas Prescott is thirty years old (three years before the events of Unforeseen). If you are new to the Thomas Prescott series, this is the perfect place to start!

“Rollicking…This fanciful, funny caper, the perfect starting point for newcomers, cries out for a TV adaptation.” —Publishers Weekly
“A multilayered, lightning-fast crime mystery which sprints breathlessly through the mean streets of Philadelphia, past and present. Filled with colorful and dangerous characters, the book’s main protagonist, Thomas Prescott, plays by his own rules: relentless when solving violent crimes, steadfast in his love for family, and unwavering in speaking the truth, even if it means losing everything.” —Kathleen Kent, New York Times bestselling author and two-time Edgar Award nominee
“A nail-biting thriller larded with humor.” —Kirkus Reviews 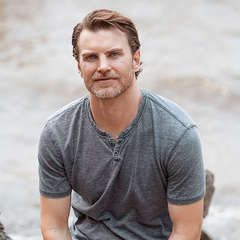 Nick Pirog is the bestselling author of the Thomas Prescott series, the 3:00 a.m. series, and The Speed of Souls. A Colorado native, he now lives in South Lake Tahoe with his other half, Stephy, and their pup, Potter.