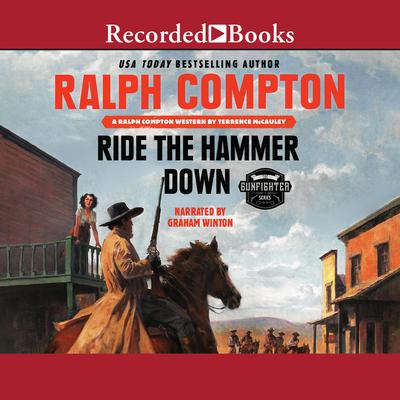 Ralph Compton Ride the Hammer Down

By Ralph Compton  and Terrence McCauley

In this racing new installment in bestseller Ralph Compton’s the Gunfighter series, Marshal John Beck is a man who has spent his career dispensing justice throughout the West, but now the justice is personal.

Marshal John Beck was the law in the dangerous town of Mother Lode, Arizona. On his own, he’d managed to keep bandits, rustlers, and desperados at bay. It was a tough job for one man to handle, but he made it work…until the day Bram Hogan and his Brickhouse Gang got the drop on the lawman.

They beat Beck to within an inch of his life and dropped him in the desert where nothing but a slow, painful death awaited him. But the gang underestimated Beck. Even at his lowest point, he found a way to survive.

Now, he’s coming back and anyone who stands against him is going to ride the hammer down to the grave.