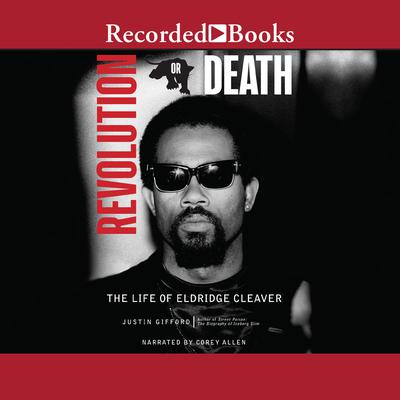 Revolution or Death: The Life of Eldridge Cleaver

Charismatic, brilliant, and courageous, Eldridge Cleaver built a base of power and influence that struck fear deep in the heart of White America. It was therefore shocking to many left-wing radicals when Cleaver turned his back on Black revolution, the Nation of Islam, and communism in 1975.

How can we make sense of Cleaver’s precipitous decline from a position as one of America’s most vibrant Black writers and activists? And how do his contradictory identities as criminal, party leader, international diplomat, Christian conservative, and Republican politician reveal that he was more than just a traitor to the advancement of civil rights?

Author Justin Gifford obtained exclusive access to declassified files from the French police, the American embassy, and the FBI, as well as Kathleen Cleaver’s archive, to answer these questions about a man far more compelling and complex than anyone has given him credit for.

In a country defined by its extreme political positions on the right and left, Cleaver embodied both ideologies in pursuit of his conflicting ideals.

“A spectacularly well-researched and gripping account of a highly charismatic and deeply flawed figure, the historical moments when he was center stage, and his precipitous fall.” —Jeffery Haas, author of The Assassination of Fred Hampton
“A sad story but a deeply American one, and Gifford tells it powerfully.” —San Francisco Chronicle
“An illuminating study of a complex, memorable historical figure.” —Kirkus Reviews (starred review)