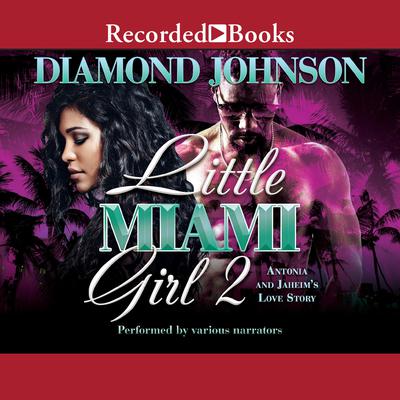 Lies, betrayal, deceit, all take place in the second installment of Little Miami Girl. In part one, we got a glimpse into the things that Antonia had to endure over the course of her tumultuous childhood. Jaheim had swooped in and brought a ray of light to her dark existence, but the fairytale came to a screeching halt on that final night with Porsha catching Rick in Antonia’s room. Even with Porsha confirming the truth that Rick is a sick pervert who likes to mess with younger girls, will that be enough for Antonia’s aunt? Will she for once in her life step up and protect her family?

Jahiem is deeply in love with Antonia and will do anything to protect her, but he struggles with her trust issues. He is determined to have an honest and loving relationship with Antonia, but she just needs to meet him halfway.

Antonia, her aunt, and her cousin share a family secret that they agreed never to speak on, but what happens when Antonia is left with no choice but to finally confess? When the truth is revealed, everyone’s lives will change. Will Jahiem be able to forgive yet another deception? Or will he finally be fed up with Antonia and all of her deep, dark secrets?