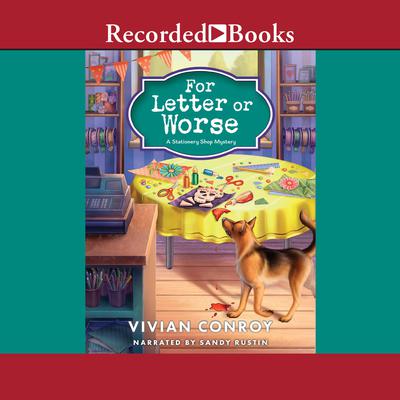 For Letter or Worse

For a local wealthy woman’s birthday extravaganza, Delta and her stationery shop host a crafting event, hoping to drum up some extra business for her new Tundish, Montana store. But cardstock isn’t the only thing bent out of shape when the guest of honor’s sister-in-law ends up dead before the cake is cut.

With suspicious gifts appearing on the gift table, enemies a mile long, and suspects coming out from the folds, Delta and her friends, including retired police dog Spud, must take a second look at the evidence and try to wrap up the case by exposing the killer.