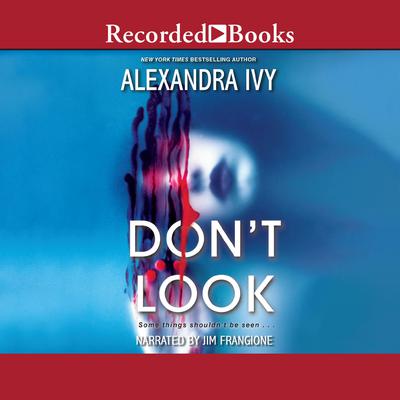 New York Times bestselling author Alexandra Ivy proves her powers to terrify and titillate in a thrilling novel of pure romantic suspense, as a serial murderer with a kill list stalks the women of a small town in Wisconsin. His victims’ bodies are left naked in the snow with nothing but a red scarf around their necks—his sinister calling card.

A woman’s naked body is discovered, cold and pale as the surrounding snow—except for the crimson scarf around her neck. The weeks that follow bring more victims and evidence of a terrifying pattern. The killer has a list. And every woman on it will get what she deserves…

Dr. Lynne Gale followed in her father’s footsteps to become a vet in Pike, Wisconsin. For years, she’s had little contact with Kir Jansen, son of the town’s late sheriff. Suddenly he’s back, insisting that Lynne’s in danger. She can’t believe anyone would target her, but someone is hunting the women of Pike, savoring every last moment.

Kir hoped that his father’s frantic calls about a serial killer were just an old man’s delusions. But the body count doesn’t lie. In this quiet town, a monster stalks and kills. And soon, Lynne’s will be the last name on his list …