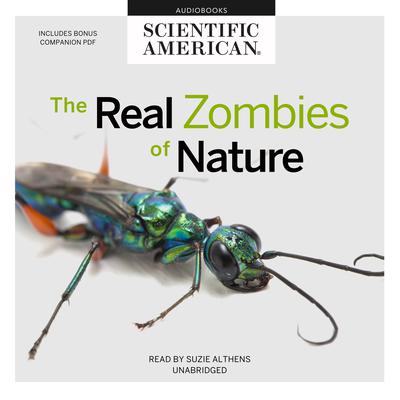 The Real Zombies of Nature

The zombie has had a bit of a renaissance over the last decade. Hollywood churns out films like World War Z and TV shows like The Walking Dead, and communities throughout the country hold zombie runs and races. So what’s driving the zombie obsession? Where did the fear of this creature originate? In this audiobook, The Real Zombies of Nature, we look at the myth of the zombie versus real instances of zombification in the natural world and engage in some scientific speculation about what would happen if myth ever became reality.