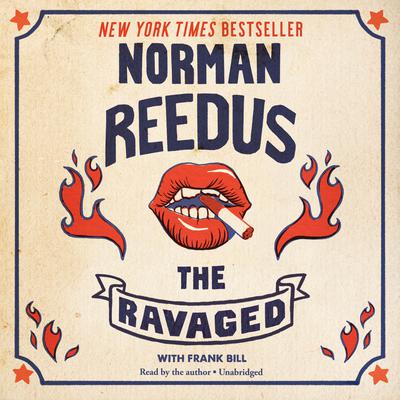 An InsideHook Pick of Books You Should Read This Month

“This country wasn’t built on good—only fought for with good intentions.”

Jack’s dying mother told him, “Run and never look back.” He spent his life amassing wealth, but after losing his family, he has no one to share it with. Alone with his demons and a backpack, he heads to South America, where people with nothing teach him what matters.

After thrashing his dog-abusing boss, Hunter learns of his father’s death in a mysterious fire. Biker buddies Nugget and Itch ride with him from North Carolina to California. Stories from his father’s life help ease the struggles of small-town Americans. Hunter discovers a secret past.

Seventeen-year-old Anne flees Tennessee after her older brother attacks her. She whacks him with a skillet and hops a freight to Alabama with her best friend. Living hand to mouth, they build friendships, uncovering something they never had: family.

“Powerful.” —Joe R. Lansdale, Edgar Award–winning author of Moon Lake
“A bruising road poem which sings of a desperate plea for liberation from the shackles that bind, the stranglehold of familial disappointment and trauma. The need for freedom, tribe, relief from the ghosts that haunt, both living and dead. The Ravaged is a beautifully rendered work which gives voice to the hope that something better might be in reach just beyond the next bend in the road. I couldn’t put it down.” —Lydia Lunch
“A wild, gritty, propulsive work of fiction…You’ll take the ride of your life with Reedus’s fierce and unforgettable characters.” —Adrian McKinty, #1 New York Times bestselling author of The Chain
“[A] deeply atmospheric debut…with strong character development and emotionally driven plots…[Reedus] conjures hot, twisting highways, cold steel railroad tracks, and the dry heat of the Atacama Desert, creating settings with such a strong sense of place that they become characters themselves.” —Booklist
“Gritty, realistic, violent, fast-moving, and fun.” —Bookreporter
“The Ravaged is a wild ride through the underbelly of America following three characters who are running for their lives and running into trouble. This bold foray into the classic road novel genre has plenty of ass-kicking and bloody knuckles, but ultimately Reedus is always aiming for the heart-muscle, and many readers will appreciate the deeply felt introspection and cathartic moments rendered here. Norman Reedus cannonballs the ‘Grit-Lit’ world with this audacious, rollicking debut novel.” —Matt Bondurant, internationally bestselling author of Oleander City and Lawless
“Beautiful imagery of the American heartland.” —Kirkus Reviews 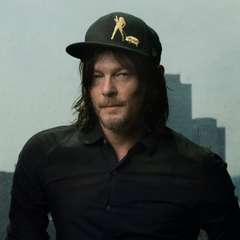 Reedus is best known for playing the role of Murphy MacManus in the cult movie The Boondock Saints, written and directed by Troy Duffy. Reedus stars opposite Sean Patrick Flanery and Willem Dafoe; he starred opposite Flanery again in the sequel, Boondock Saints 2: All Saints Day.

Reedus is also an accomplished photographer as well as a burgeoning director having directed three short films. In October 2013, he released The Sun’s Coming Up … Like a Big Bald Head: Photographs by Norman Reedus, a book of his photography.