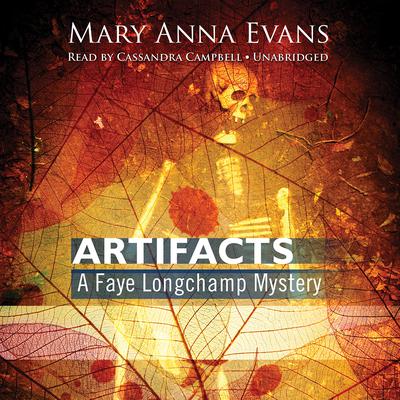 Winner of the Benjamin Franklin Awardin2004

Faye Longchamp has lost nearly everything, except for her quick mind and a grim determination to keep her ancestral home, Joyeuse, a moldering plantation hidden along the Florida coast. No one knows how Faye's great-great-grandmother Cally, a newly freed slave barely out of her teens, came to own Joyeuse in the aftermath of the Civil War. No one knows how her descendants hung on to it through Reconstruction, world wars, the Depression, and Jim Crow, but Faye has inherited the island plantation—and the family tenacity.

When the property taxes rise beyond her means, Faye sets out to save Joyeuse by digging for artifacts on her property and the surrounding national wildlife refuge and selling them on the black market. A tiny bit of that dead glory would pay a year's taxes, and a big, valuable chunk of the past would save her home forever. But instead of potsherds and arrowheads, she uncovers a woman's shattered skull, a Jackie Kennedy–style earring nestled against its cheek bone. Faye is torn. If she reports her find, she'll reveal her illegal livelihood, thus risking jail and the loss of Joyeuse. She doesn't intend to let that happen, so she probes into the dead woman's history herself, unaware that the past is rushing toward her like a hurricane across deceptively calm Gulf waters.

“Artifacts is a haunting, atmospheric story in which a mysterious island holds the clue to long-buried family secrets. Mary Anna Evans brings passion and insight to her subject and has written a modern southern gothic novel about a biracial woman’s search for her heritage.” —P. J. Parrish, New York Times and USA Today bestselling author
“The shifting little isles along the Florida Panhandle—hurricane-wracked bits of land filled with plenty of human history—serve as the effective backdrop for Evans’ debut, a tale of greed, archaeology, romance, and murder.” —Publishers Weekly
“Evans introduces a strong female sleuth in this extremely promising debut, and she makes excellent use of her archaeological subject matter, weaving past and present together in a multilayered, compelling plot.” —Booklist

Mary Anna Evans is the author of the Faye Longchamp archaeological mysteries, which have received recognition including the Benjamin Franklin Award, the Mississippi Author Award, and three Florida Book Awards bronze medals. She is an assistant professor at the University of Oklahoma, where she teaches fiction and nonfiction writing.