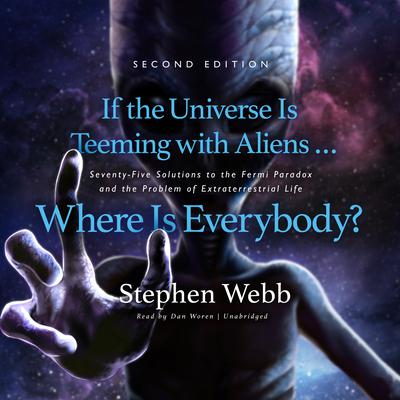 If the Universe Is Teeming with Aliens … Where Is Everybody? Second Edition: Seventy-Five Solutions to the Fermi Paradox and the Problem of Extraterrestrial Life

Given the fact that there are perhaps 400 billion stars in our galaxy alone, and perhaps 400 billion galaxies in the universe, it stands to reason that somewhere out there, in the fourteen-billion-year-old cosmos, there is or once was a civilization at least as advanced as our own. The sheer enormity of the numbers almost demands that we accept the truth of this hypothesis. Why, then, have we encountered no evidence, no messages, no artifacts of these extraterrestrials?

Stephen Webb has worked in a variety of universities in the UK since gaining a BSc in physics from the University of Bristol and a PhD in theoretical physics from the University of Manchester. He is a regular contributor to the Yearbook of Astronomy series and has published an undergraduate textbook on distance determination in astronomy and cosmology as well as several popular science books.