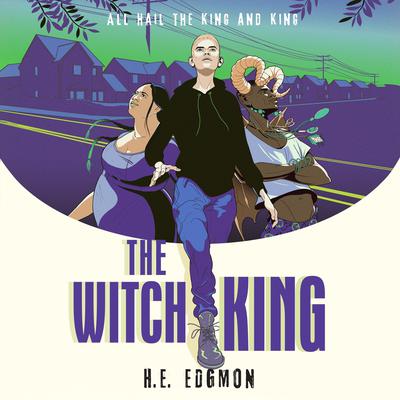 To save a fae kingdom, a trans witch must face his traumatic past and the royal fiancé he left behind. A debut fantasy for fans of Aiden Thomas, April Daniels, and C. B. Lee.

Wyatt would give anything to forget where he came from—but a kingdom demands its king.

In Asalin, fae rule and witches like Wyatt Croft … don’t. Wyatt’s betrothal to his best friend, fae prince Emyr North, was supposed to change that. But when Wyatt lost control of his magic one devastating night, he fled to the human world.

Now a coldly distant Emyr has hunted him down. Despite transgender Wyatt’s newfound identity and troubling past, Emyr has no intention of dissolving their engagement. In fact, he claims they must marry now or risk losing the throne. Jaded, Wyatt strikes a deal with the enemy, hoping to escape Asalin forever. But as he gets to know Emyr, Wyatt realizes the boy he once loved may still exist. And as the witches face worsening conditions, he must decide once and for all what’s more important—his people or his freedom.

H. E. Edgmon was born in the deep south but has had many homes, dropped out of school to do gay stuff, and is at least a little feral. In both their writing and daily life, they aim to center the voices of Indigenous people, trans people, and survivors of trauma. It is always their goal to make fascists uncomfortable. They have an eccentric little family of their own design, several very sensitive pets, and a lot of opinions.