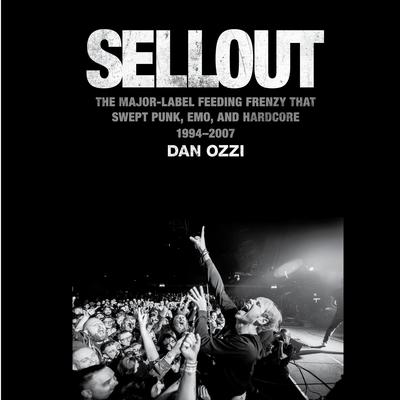 A raucous history of punk, emo, and hardcore's growing pains during the commercial boom of the early 90s and mid-aughts, following eleven bands as they “sell out” and find mainstream fame, or break beneath the weight of it all

Punk rock found itself at a crossroads in the mid-90’s. After indie favorite Nirvana catapulted into the mainstream with its unexpected phenomenon, Nevermind, rebellion was suddenly en vogue. Looking to replicate the band’s success, major record labels set their sights on the underground, and began courting punk’s rising stars. But the DIY punk scene, which had long prided itself on its trademark authenticity and anti-establishment ethos, wasn’t quite ready to let their homegrown acts go without a fight. The result was a schism: those who accepted the cash flow of the majors, and those who defiantly clung to their indie cred.

In Sellout, seasoned music writer Dan Ozzi chronicles this embattled era in punk. Focusing on eleven prominent bands who made the jump from indie to major, Sellout charts the twists and turns of the last “gold rush” of the music industry. Some groups who “sold out,” like Green Day and Blink-182, rose to surprise super stardom, while others, like Jawbreaker and At the Drive-In, buckled under mounting pressures. Featuring original interviews and personal stories from members of modern punk’s most (in)famous bands, Sellout is both a gripping history of the music industry’s evolution, and a punk rock lover’s guide to the chaotic darlings of the post-grunge era.

“The last real rock critic alive.”  —New York Times, praise for the author
“A gem of a rock bio that belongs on a shelf alongside Hammer of the Gods and Get in the Van.” —Paste Magazine on Tranny: Confessions of Punk Rock’s Most Infamous Anarchist Sellout
Ozzi’s crisp prose and vibrant storytelling colorfully capture a flamboyant chapter in music history. This accomplishes what the best music books do: drive readers back to listening. —Publishers Weekly “A forensic and uniquely sympathetic dive into one of the most uncouth actions for an artist—selling out, baby.

Dan Ozzi is a Brooklyn-based writer and host and has served as the editor of Vice’s music site, Noisey.