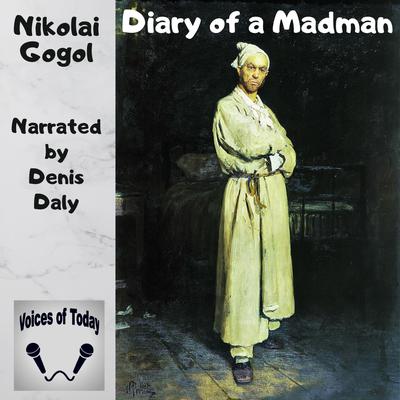 Diary of a Madman

Diary of a Madman by Nikolai Gogol Translated by Ethel Voynich Narrated by Denis Daly Many of Gogol's stories feature ineffectual individuals who are overwhelmed by the caprices of fate.  In Diary of a Madman, one of his most colourful tales, the narrator, a humble and obscure office worker, veers from mere eccentricity into full blown lunacy, and finds that the delusions fostered by madness are anything but comforting.