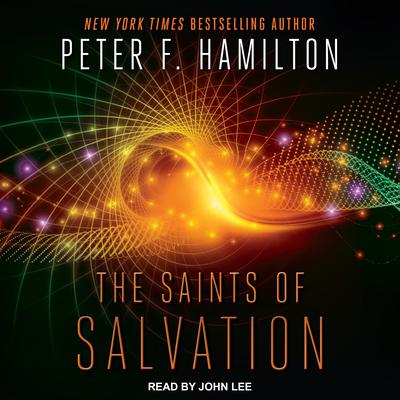 The Saints of Salvation

With refreshing determination and hopeful grit, humanity activates a bold endgame against an alien invasion in the finale of a series heralded as "a modern classic" (Stephen Baxter) from "one of the finest writers the genre has produced" (Gareth L. Powell).

Humanity is struggling to hold out against a hostile takeover by an alien race that claims to be on a religious mission to bring all sentient life to its God at the End of Time. But while billions of cocooned humans fill the holds of the Olyix's deadly arkships, humankind is playing an even longer game than the aliens may have anticipated. From an ultra-secret spy mission to one of the grandest battles ever seen, no strategy is off the table. Will a plan millennia in the making finally be enough to defeat this seemingly unstoppable enemy? And what secrets are the Olyix truly hiding in their most zealously protected stronghold?

With his trademark optimism about humanity's tenacity and capacity for greatness, Peter F. Hamilton wraps up this brilliant saga with a bang—and reminds us why freedom of choice is the most important freedom there is.

Lee shoulders the weight of the plot with a compelling performance despite some narrative missteps. Fans of the series won't want to miss the powerful ending. —AudioFile