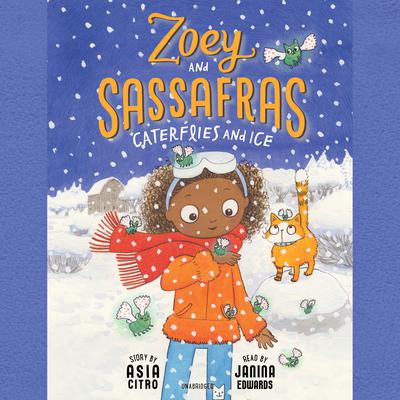 Zoey and Sassafras: Caterflies and Ice

The Zoey and Sassafras Series: Book 4

With magical animals, science, mystery, and adventure, the Zoey and Sassafras series has something for everyone!

In Caterflies and Ice, an unexpected snow storm causes trouble for the magical creatures of the forest. When Zoey and Sassafras attempt to rescue trapped caterfly eggs, they make a mistake. Can they figure out a way to fix things before the baby caterflies hatch?

Each story in the Zoey and Sassafras series features a new magical animal with a problem that must be solved using science. There isn’t a set formula for each book; Zoey sometimes needs to run experiments, while other times she needs to investigate a mystery, and yet other times she needs to do research. Zoey models how to keep a science journal through her handwritten entries in each story. Each story is complete with a glossary of the kid-friendly definitions for scientific terms used. The series highlights child-led inquiry science, and the topics covered align with both Common Core and Next Generation Science standards.