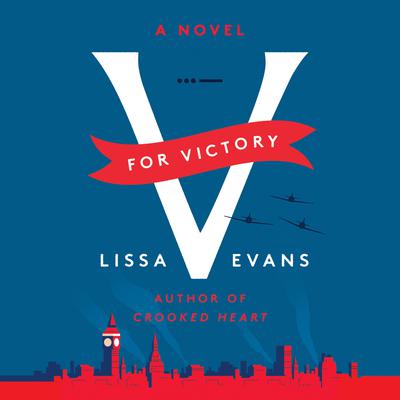 V for Victory: A Novel

A London Daily Mail Best Book of the Year

In this witty, charming follow-up to the acclaimed Crooked Heart, the life of lies a small time scammer and her adopted son have constructed in London becomes endangered during the tumultuous final months of World War II.

It’s late 1944. Hitler’s rockets are raining down on London with vicious regularity and it’s the coldest winter in living memory. The Allies are gaining ground, but victory is certainly dragging its feet.

In a large house next to Hampstead Heath, Vee Sedge is barely scraping by with a herd of lodgers to feed and her young charge Noel, almost fifteen now, to clothe and educate. When she witnesses an accident and finds herself in court, the repercussions are both unexpectedly marvelous and potentially disastrous. Because Vee is not actually the person she’s pretending to be, and neither is Noel.

Victory is coming. Yet the end of the war won’t just mean peace, but discovery . . .

With caustic wit and artful storytelling, Lissa Evans summons a time when the world could finally hope to emerge from the chaos of war. As witty as Old Baggage and poignant as Crooked Heart, V for Victory once again reveals Evans to be one of the most original and entertaining writers at work today.

“A book to be treasured and returned to again and again.” —The Independent (London)
“Narrator Lucy Briers enriches this WWII story…[and] makes the horrors of the war a reality. Believable American soldiers add further dimension as they help and befriend the locals. Both shy Noel…and tentative Mr. Jepson…particularly shine in this exceptional listen. Winner of the AudioFile Earphones Award.” —AudioFile
“In our own troubled times, it can’t hurt to be reminded of the spirit and resilience of those who endured a world at war. With warmth and humor to spare, this book is a balm.” —Library Journal
“A host of quirky characters adds levity to the frequent deadly bombing raids as the stories of Vee, Noel, and the Crowthers intersect. Evans’s down-to-earth tale will hook readers from the first page.” —Publishers Weekly