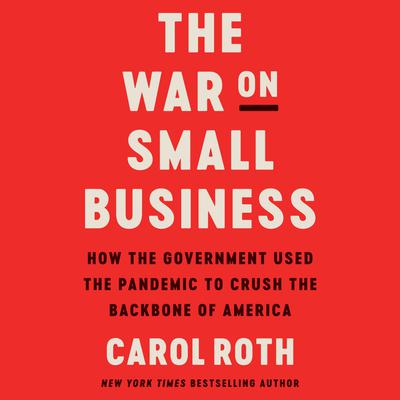 The War on Small Business: How the Government Used the Pandemic to Crush the Backbone of America

For years, government bureaucrats have been looking for ways to destroy small businesses. With coronavirus, they finally had their chance.

In 2020, the American economy suffered the biggest financial collapse in history. But while Main Street suffered like never before, the stock market continued to reach new highs. How could this be? The answer is that government had slapped oppressive restrictions on small businesses while propping up Wall Street and engineering a historic consolidation of power and wealth.

This isn’t a new problem. During the last financial crisis, Washington bailed out large banks, saying they were “too big to fail.” When the federal government finally pushed out the CARES Act in 2020, it clearly favored the wealthy and well-connected, showing that small businesses were too small to matter. People across the political spectrum constantly complain about the tyranny of big business, and they’re not wrong. However, too many think government is the solution. In reality, government is the problem.

In The War on Small Business, entrepreneur Carol Roth unveils the many abuses of power inflicted on small businesses during the COVID-19 pandemic. Small business owners were thrown in jail for trying to make a living. Individual rights were discarded. Big government did what it does best—intentionally protect the rich and powerful.

This is the most underreported story coming out of the pandemic. The government chose winners and losers, who would thrive and who would fight to survive, based on not data or science, but based on clout and connections. This enabled the government, with the aid of the Federal Reserve, to oversee the largest wealth transfer in history from Main Street to Wall Street. The issues started long ago and continue today with a highly tilted playing field that favors those “in the club” to the detriment of the average Americans.

This book is about the Davids vs. the Goliaths and the decentralization that can help the small, independent businesses and individuals participate in wealth creation.

If Americans don’t wake up and stop it, politicians will continue to produce policies that intensify their war on small business and individuals and all that stands in the way of centralized power and control.