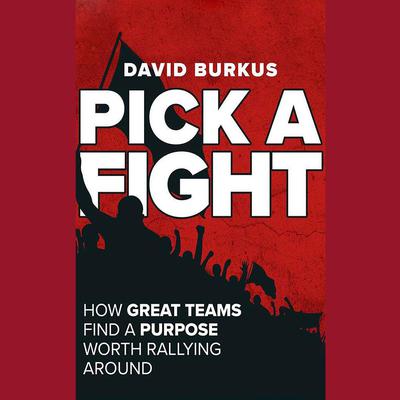 Pick A Fight: How Great Teams Find A Purpose Worth Rallying Around

Why are some people and teams more motivated, more innovative, and more successful than others?

Why do some teams of talented and seemingly compatible people fall short against lesser teams with less suitable members? Why do some leaders cast bold inspiring visions that fail to materialize, while other, seemingly inconsequential leaders rally their teams to victory? More often than not, it's actually quite simple:

They picked a fight.

From battlefields to boardrooms and everywhere in between, leaders who frame their mission as a fight to be won against a threat that must be removed have been able to bring together even the most divided teams and push them to the highest levels of performance. They've tapped into something more inspiring - and more visceral - than casting a visionary strategy or struggling to get buy-in on a mission statement. They're fighting to remove an injustice. They're fighting to make their customers' lives better. Sometimes, they're even just fighting to survive. But, surprisingly, they're rarely framing their fight as a battle for market share against the competition.

Those who pick the right fight don't have to manipulate their people; they inspire them. And the people who follow don't do it because they have to; they follow because they choose to fight alongside.

In this persuasive and provocative new work, David Burkus, argues that what a team is fighting for is a powerful and potent driver of performance and collaboration, but not just any fight will do. Drawing on decades of social science research and real-life examples from billion-dollar companies, French pirates, Olympic champion curling teams (you read that right), and more, Burkus weaves together a clear picture of how people are inspired, how movements are led, and how organizations win.

The most motivated and bonded teams know what they're fighting for, but too many organizational leaders don't know how to communicate that crusade.

This book is for anyone who wants to inspire their people or themselves. It won't just teach you why to pick a fight; it'll teach you how to pick the right fight as well.

David Burkus is a bestselling author, a sought-after speaker, and business school professor. A regular contributor to Harvard Business Review, he’s delivered keynotes to Fortune 500 companies and his TED talk has been viewed over 1.7 million times. He lives with his family in Tulsa.