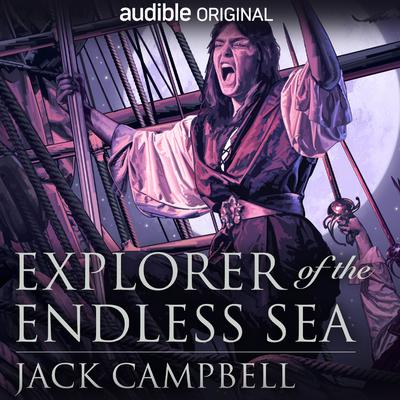 Explorer of the Endless Sea

The Empress of the Endless Sea Series: Book 2

Now captain of her own pirate ship, Jules of Landfall faces ambushes by Mage assassins and threats from Mechanics who can't decide whether to kill her or try to use her for their own ends. The Emperor has made her an offer he doesn't think she can refuse, but Jules wants nothing to do with that gilded cage. Now, the Emperor's forces are redoubling their efforts to capture her.

The free ships of the pirates have never gathered around any single leader, but when the Mechanics seek to limit the power of the Empire, Jules realizes it offers her a means to grow the strength of the free people escaping the Emperor's grasp. Gaining access to the strange Mechanic weapons known as “revolvers”, she marshals her forces in an unprecedented attempt to capture an Imperial settlement.

Ultimately, Jules must play the three greatest powers in the world against each other, in a desperate gambit to survive.