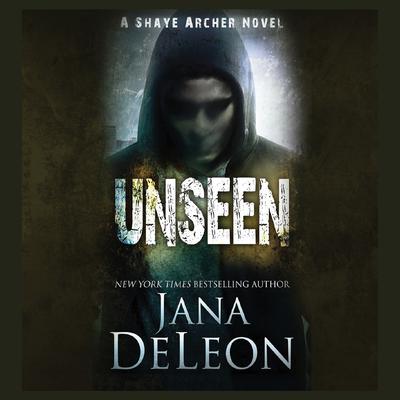 Madison Avery is a young woman with a huge problem. From her penthouse apartment, she witnessed a murder in the building across the street, but by the time the police arrived, the crime scene had been wiped clean. Unfortunately Madison suffers from prosopagnosia - face blindness - so even though she had a clear view of the murder, she can't describe the victim or the killer. With no forensic evidence that a crime was committed and no description of the victim to match to a body, the police have no choice but to close the file.

But Shaye Archer doesn't have the same limitations.

When Shaye hears Madison's story, she believes the young woman saw exactly what she claims, and even though Shaye knows finding the killer will be next to impossible, she can't turn down the distraught woman. Especially when she finds out that the killer saw Madison. Soon the killer turns his attention to Madison, taunting her to heighten her fear, and Shaye is afraid his sights are set on his next victim.

Jana DeLeon is the USA Today bestselling author of four novels and several series of cozy mysteries, including the Miss Fortune Mysteries, Ghost-in-Law Series, Shaye Archer novels, and the Mystere Parish series, among others. She has was raised in southwest Louisiana among the bayous and gators. Her hometown is Carlyss, but you probably won’t find it on a map. Her family owned a camp located on a bayou just off the Gulf of Mexico that you could only get there by boat. The most important feature was the rope hammock hanging in the shade on a huge deck that stretched out over the water where Jana spent many hours reading books.