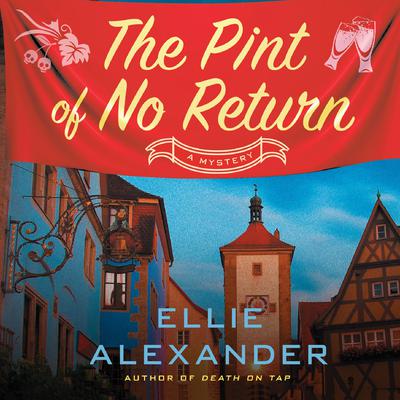 The Pint of No Return

Amateur sleuth Sloan Krause returns in The Pint of No Return, another delightful cozy mystery by Ellie Alexander - this time investigating a movie star who's murdered not long after arriving in Leavenworth, Wash., to film his latest project.

No other festival compares to Oktoberfest in Leavenworth, Washington. The whole town is buzzing with excitement over this year's activities and eagerly awaiting Nitro's latest offering, Cherrywizen, made with locally sourced cherries. But local brewmaster Sloan Krause is tapped out. Between trying to manage the pub, her pending divorce with Mac, and her mounting feelings for Garrett, she's fermenting in internal turmoil.

To complicate matters, dreamy movie star Mitchell Morgan and his production crew have arrived in the village to film during the authentic Bavarian brewfest. Mitchell has his eye on Sloan and a taste for Nitro's Cherrywizen. Sloan escapes his advances for good when she finds Mitchell slumped over the bar. Is this a case of one pint too many, or has Mitchell been murdered by microbrew?