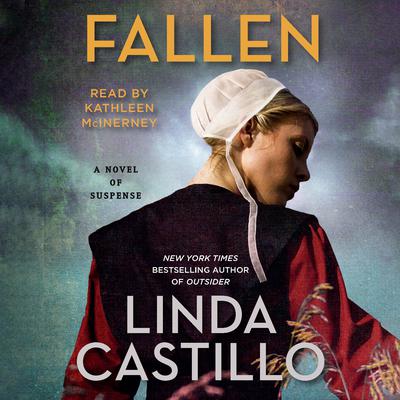 Fallen: A Novel of Suspense

This program includes a bonus conversation with the author. In New York Times bestselling author Linda Castillo’s new thriller Fallen, a rebellious Amish woman leaves the Plain life, but the secrets she takes with her will lead Chief of Police Kate Burkholder down a dark path to danger and death. When a young woman is found murdered in a Painters Mill motel, Chief of Police Kate Burkholder is shocked to discover she once knew the victim. Rachael Schwartz was a charming but troubled Amish girl who left the fold years ago and fled Painters Mill. Why was she back in town? And who would kill her so brutally? Kate remembers Rachael as the only girl who was as bad at being Amish as Kate was—and those parallels dog her. But the more Kate learns about Rachael's life, the more she's convinced that her dubious reputation was deserved. As a child, Rachael was a rowdy rulebreaker whose decision to leave devastated her parents and best friend. As an adult, she was charismatic and beautiful, a rabble-rouser with a keen eye for opportunity no matter who got in her way. Her no-holds-barred lifestyle earned her a lot of love and enemies aplenty—both English and Amish. As the case heats to a fever pitch and long-buried secrets resurface, a killer haunts Painters Mill. Someone doesn’t want Rachael’s past—or the mysteries she took with her to the grave—coming to light. As Kate digs deeper, violence strikes again, this time hitting close to home. Will Kate uncover the truth and bring a murderer to justice? Or will a killer bent on protecting a terrible past stop her once and for all—and let the fallen be forgotten? A Macmillan Audio production from Minotaur Books Praise for Kathleen McInerney as Kate Burkholder: "McInerney shifts seamlessly between the many secondary characters, drawing in listeners as the plot unfolds." —AudioFile Magazine on A Gathering of Secrets "Kathleen McInerney does an excellent job of portraying this diverse cast...Although the brutality in the story can be quite disturbing in places, McInerney’s grounded reading keeps it from feeling gratuitous. A compelling listen, well-written and expertly narrated." —Publishers Weekly on Pray for Silence "McInerney's masterly technique makes aurel sense of the plain and kind Amish people bewildered by the violence, thuggery, and corruption that have come among them. McInerney's characters are alive, all human and believable." —AudioFile Magazine on Among the Wicked

Linda Castillo is the New York Times bestselling author of the Kate Burkholder series and the recipient of numerous industry awards, including the Daphne du Maurier Award of Excellence, the Holt Medallion, and a RITA nomination.