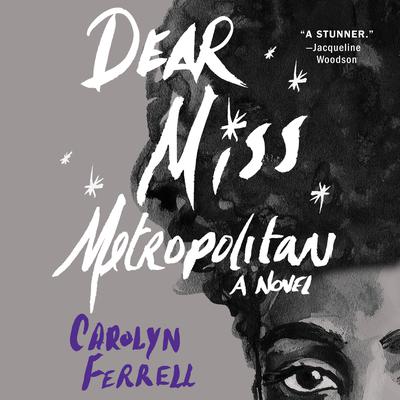 An original writer explores the intersections of grief and rage, personal strength, healing—and what we owe one another.

Fern seeks refuge from her mother’s pill-popping and boyfriends via Soul Train; Gwen finds salvation in the music of Prince, much to her congregation’s dismay; and Jessenia, miles ahead of her classmates at her gifted and talented high school, is a brainy and precocious enigma. None of this matters to Boss Man, abducts them and holds them captive in a dilapidated house in Queens.

On the night they are finally rescued, throngs line the block gawking and claiming ignorance. Among them is lifetime resident Miss Metropolitan, advice columnist for the local weekly, but how could anyone who fancies herself a “newspaperwoman” have missed a horror story unfolding right across the street? And why is it that only two of the three girls—now women—were found?

The mystery haunts the two remaining “victim girls” who are subjected to the further trauma of becoming symbols as they continuously adapt to their present and their unrelenting past.

Dear Miss Metropolitan gives voice to characters surviving unimaginable tragedy. Inspired by real events, the story is inventively revealed before, during, and after the ordeal in this singular and urgent novel.

A Macmillan Audio production from Henry Holt and Company

“Asks the readers to immerse themselves in the psyches of the deeply traumatized.” —New York Times Book Review
“This tale of pain and healing will keep readers fully engaged and discussion groups talking for a long time.” —Library Journal (starred review)
“The ‘victim girls’ in Carolyn Ferrell’s novel Dear Miss Metropolitan are some of the most original, rich, memorable characters I’ve read…An astonishing, innovative novel of trauma, connection, and survival.” —Karen E. Bender, author of Refund
“Ferrell is masterful in delivering us into the depth of her characters’ dark worlds so that we emerge with the light of understanding and the inspiration to take actions.” —Nguyễn Phan Quế Mai, author of The Mountains Sing

Carolyn Ferrell is the author of the short-story collection, Don’t Erase Me, which was awarded the Art Seidenbaum Award of the Los Angeles Times Book Prize, the John C. Zachiris Award given by Ploughshares, and the Quality Paperback Book Prize for First Fiction. Ferrell’s stories have been anthologized in Best American Short Stories 2018 and The Best American Short Stories of the Century, among other places. She teaches writing at Sarah Lawrence College and lives in New York with her husband and children.